It’s been quite a while since my last update on my learning contract shenanigans. It was due on the 4th September, but…life has been rather attention-seeking since then! As you may remember, on the 4th June this year, I decided to make and attempt to stick to a learning contract. Month one saw me off to a positive start albeit taking a while to get my resources organised, month 2 was up and down motivation-wise, but the contract kept me on track when I started veering towards complacency on occasion. And now here we are at the end of month 3.5, meaning I’m heading back to Palermo! In fact, I am writing this on the flight in a final desperate bid to round up my summer of learning before I’m thrown headlong into the next phase.

A reminder of my learning contract, which lives in Evernote, in my Italian notebook!

Did I stick to my contract in month three? Yes. Despite mega-commitments to fulfil concurrently! Since then? No. There are only 24 hrs in a day and seven days in a week. Between visiting people to say cheerio and packing my life up, not much time remained. However, I’ve done my best and, I would say, done more than I would have done if I hadn’t had my contract pestering me! So, failure or success? Depends on which view you take. I’m leaning towards success, as I used what time I did have rather than focusing on what I couldn’t do. Also, just because I couldn’t do as much as I would have liked, I didn’t stop altogether in response to that, which would have been the easy way out.

Anyway, what about my progress? 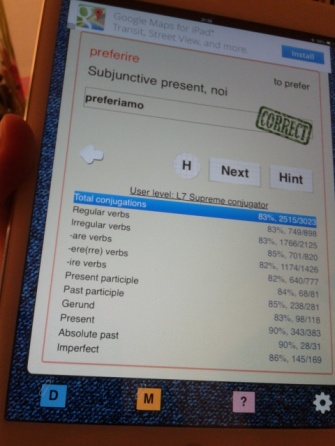 Been slack on it lately though – once I met that goal, my interest dipped hugely! What I should have done at that point is make a new goal…so there we go, a demonstration of the importance of goal management in terms of motivation!

All my sets for the summer! (Except the two you can’t see at the bottom, called ‘phrases with fare/avere/essere/voler/potere/dovere ‘ and ‘verbs and prepositions’

This combination of techniques has been central to my learning this summer, and definitely something I want to pass on to my students.

This reminds me of this blog post published a little while back, which dichotomised “the deliberate teacher way” and the “power learner way”, i.e. bite-sized chunks vs. all at once. In response, I will be controversial and say I want and like both! Again and again, for me, variety is the spice of life and the interaction between approaches and techniques is as important as the approaches/techniques themselves. It could be argued that it’s in this interaction that the language catching web I mentioned in this post about text mining is built and works most effectively, in my own admittedly limited experience.

Well, very soon I shall get to test my italian by speaking it! Actual speaking rather than typing! I’m super curious to see what will happen. I know I have a much wider vocabulary and a better command of basic grammar than I did at the start of summer, and my listening is much improved, but will being faced with actual Italians reduce me back to the stuttering wreck I was at the beginning of June? Time will tell.

I need to get into a study routine here too. Maybe I need to make a new contract, which bears in mind the resources available in the TL environment. There’s also my course book that remains unfinished…

One thing is for sure, I plan to use the language as much as possible and enjoy it! (I must remind myself of this in gibbering wreck moments!)

Learning contracts are a useful motivational tool, which can encourage use of a range of activities. Of course, like anything else in language learning, there are pitfalls to be aware of and try to avoid. They are certainly no panacea (of course), and how effective they are will vary from learner to learner. It is important to manage motivation and sub-goals carefully, to avoid complacency or loss of interest! However, the existence of the contract does help in this department. I plan to try and keep using one myself, and will try to use what I’ve learned through this experiment to help my learners develop their autonomous learning skills.

In order to get in to my temporary apartment (where I can finally upload this post!), I had to deal with the Italian owners. Once they sussed I could speak Italian, that’s what we did. And…I understood everything (give or take an occasion of asking for a repetition) plus was able to communicate reasonably competently, able to say what I wanted to say. A far cry from when I arrived this time last year and failed to get myself any food to eat (in a bar), soon after I arrived! I think that now I have enough language for there to be more language than gaps in familiar situations, meaning that I can make myself understood and, I hope, when I’m stuck for a specific word/chunk, paraphrase around it and elicit it from my interlocutor so that I can learn it! That is the approach I want to use…time will tell how it works out for me!

On the 4th June this year, a day after I arrived back in the UK from la bella Sicilia, I considered the potential utility of learning contracts and then proceeded to make myself one, with the vague goal of maintaining my Italian while in a non-Italian-speaking environment. A month later, on the 4th July, I posted my first update. Time has done that speeding by thing again, and the day has come, 4th August, for update number 2!

The main theme of update number 1 was discovery. I had discovered how the activities I do link in with one another, I learnt more about various language learning activities e.g. dictations, I realised how difficult in some ways, and how easy in other ways, it is to stick to a learning contract. In my post, I explored all these discoveries and how I could apply them in my teaching. Since then, I’ve also written blog posts about it, for example one about graded readers and one about text-mining, as well as the one on dictations which I had already produced by the time of my last update.

This month, my main theme is development. Both linguistic development and contract development (albeit only mentally – I haven’t physically made any changes to my contract but mentally I have added a few activities).

Have I kept to my contract?

Yes! I haven’t missed a single day. NB: this does not mean I have heaps of spare time. (Il da fare non manca mai, davvero!) As well as working full time, I’ve also visited people overnight in other towns, graduated and in so doing spent time with the family, prepared for an online conference and so the list goes on. It just means I’m practising what I preached to my learners for the whole of last academic year: Anything is better than nothing. Use the time you do have rather than waiting for time you will never have. Be it listening to ten minutes of audiobook over breakfast, watching 20mins of a film over dinner, doing a few rounds of Quizlet on the bus on the way into town when going to the supermarket, or a few go’s of Scrabble, the ten and twenty minutes grabbed here and there all add up. On any given day, I manage to do a variety of activities.

A reminder of my learning contract! 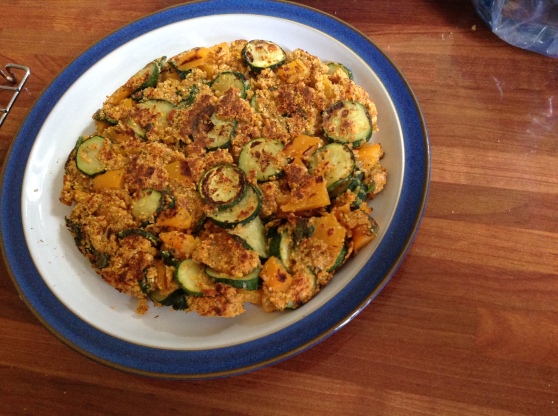 What progress have I made? 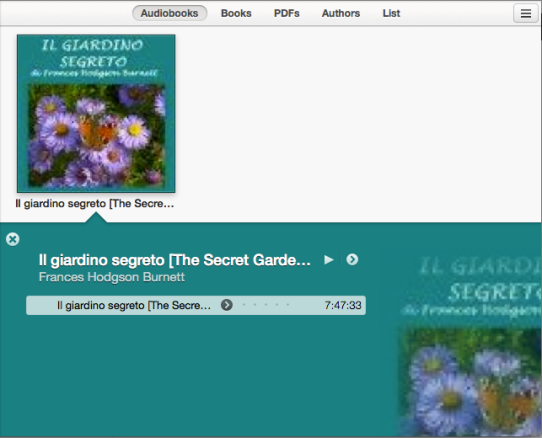 What have I learnt about language learning?

As for my research questions:

A reminder of my ‘research questions’

Let me know if you use learning contracts with your learners – I’d love to hear about it! In turn, once I’m back in Sicilia, and apply everything I’ve learnt in my quest to help my learners become more autonomous, I’ll report back from time to time too.

As for my own learning, the next report is due on the 4th September. As I finish my full-time summer job on the 5th, I rather suspect that there will be a slight (day or two!) delay for that one…!