This post is inspired by the coincidence of happening across this post by Anthony  and it having recently been that time of term where I work – only, instead of it being end-of-course questionnaire evaluation forms, we’ve just done mid-course questionnaire evaluation forms. These were anonymous to the extent that the teacher is required to leave the room while the students complete these forms, so that they are able to discuss their responses together freely. 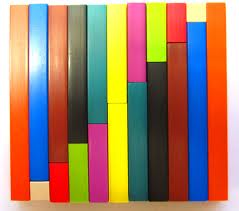 Would it be better to have feedback with names attached? Anthony describes the potential benefits of this. As I see it, the main one would be the potential for tailoring your response(s) to it and gaining more understanding of what’s behind it. As he mentioned, the cons are generally thought to be the issue of reliability – will a student give genuine feedback if they have to put their name to it? Thinking back to my time as student representative, while I was doing my courses at Leeds Met, there was definitely a strong preference for anonymous feedback as far as the students were concerned – I ended up with a system whereby another student collected and collated feedback and gave it to me to pass on to the tutors at the evaluation meeting –  but the tutors welcomed informal feedback at any time too, which was really nice. Why the preference for anonymity amongst students? As far as I can tell, the thinking goes something along the lines of, “If I complain, they will hate me, which will make things difficult henceforth and may mean I get a lower grade in the next assignment”. There may be a cultural aspect at play too. In some cultures, complaining just isn’t done. Britain would be one of those – everyone has seen that info-graphic regarding “what we say” and “what we really mean”! Stiff upper lip and all that, what! 😉 Perhaps anonymity makes the complaining less direct and therefore more acceptable/comfortable for people to undertake.

Perhaps the length of the course also influences things: If you have a group of students for a whole year, then possibly there is more potential for building a rapport with them and creating a situation whereby channels of communication are open and students are comfortable in using these and telling you when something isn’t working or, on the other hand, if something is particularly helpful. They may then feel more comfortable to put their names to a feedback form too, if you wanted that. Whereas, if you have a class for a couple of hours a week for 12 weeks, depending on the students and teacher involved, you may not reach that point, where they would want to put their name to a form, though you have a perfectly good rapport with them. (And of course, you can’t make it optional, though within any class you probably have some learners who would be happy to put their name on their form, because the “anonymous” ones would no longer be anonymous: we’d be back to pseudo-anonymity.)

So what of the anonymous feedback forms in all this? They are an evaluation tool. From the institutional point of view, you can get some statistics out of them. From the teacher’s point of view, you can identify trends – i.e. if within one class, the majority of students are ticking the “too little” box for writing, then you can address that. Then, of course, if the class is very small, probably you know who filled out each form anyway! So it becomes pseudo-anonymity. Either which way, as long as they aren’t the only tool used to evaluate, they serve a purpose. (Even if, as Anthony pointed out, the information is all somewhat decontextualised.) However, from the student’s point of view, having gone to the effort of filling out the form, they probably want some kind of response to it, some kind of acknowledgement…

My question is, how is the best way to do that effectively when the forms are anonymous or “anonymous”? Here, I’m wondering about the feedback directed at the teacher, rather than the institution (I don’t have a magic wand for making classes smaller or at a different time of the day etc!) What can we do other than, say, doing more writing, if that was the general consensus (as per one of the examples given above), to respond effectively? If you try and talk to the learners as a group about any issues within the feedback forms, then it threatens the anonymity, in that to get anything meaningful out of it, the students who had raised the issues would have to speak, thereby putting their name to it. Which they also may not want to do in front of the class. Getting them to come and speak to you, or to write to you, of their own volition, defies the point of anonymity too (or does it?)  Another issue, of course, is time – whatever method you do use to deal with this can’t be too time-consuming in terms of lesson time, because that is at a premium already, or in terms of out-of-class teacher preparation time, because there are only so many hours in a day and a teacher can only physically do so much.

Answers on a postcard! (Or comment below…) 🙂 (And apologies for the somewhat rambling nature of this post…you may complain using the comments box below – anonymously or not as you please 😉 )