I wrote this post during the summer of 2015, when I was working on the 1o week pre-sessional programme at Sheffield University. (However, it is relevant for for anyone who does regular vocabulary review and wants to integrate pronunciation into such activities.) I have finally got round to publishing it some 8 months later! Better late than never…!

I’ve been doing a lot of pronunciation work with my Social English students recently. (Social English class is a class for students on the 10 week pre-sessional programme at Sheffield University, who have unconditional offers from their departments for degree courses starting in September-October this year.) I’ve also been doing quite a bit of vocabulary work. (Spaced) review is a regular feature of our classes, so I am constantly on the look-out for different ways of doing this, in order to keep things interesting. Part of the pronunciation work done with these students was an introduction to the phonemic chart, which I reviewed in a subsequent lesson using a phonemic chart version of Connect 4. Since then, I’ve also been trying to integrate review of the sounds into vocabulary review activities. This has the benefits of linking the work done on sounds to our target vocabulary and of making vocabulary review that slight bit more interesting and challenging. Here are a few familiar activities that I have tweaked, in order of increasing level of challenge…

In board races, learners race to write something on the board in response to a prompt from the teacher (e.g. a clue for a target word as vocabulary review.) Here are a few pronunciation based board races. For all these races, learners are put in teams and team members take turns to race to the board.

(The more complex versions may  be kept for when learners are more comfortable with the sounds and symbols in recognition and production.)

In its traditional form, I was introduced to this game during my CELTA course at Sheffield Uni. Each group of learners has a set of letters (multiple examples of each letter) and the idea is that the teacher provides clues to elicit a target word, which the learners must race to spell out using their letters. Turns out it works equally well using sounds instead of letters! And once you have made your sets of sounds, of course they are a resource you can use over and over, with different groups etc, meaning that after one job lot of preparation, it becomes a zero prep game. To warm learners up with an easier start, make sounds for the learners to find, before calling out words for them to sound out, and then graduating to clues for words. 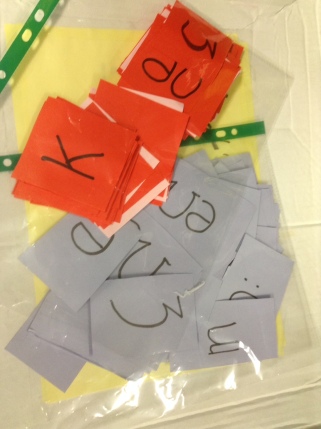 Nothing new to anybody about Hangman, it can safely be assumed, in fact I think it has mostly gone out of fashion as a waste of time. However, it does work quite well if instead of using letters, you use sounds. So, instead of each __ __ __ being for individual letters of target words, they are for individual sounds (which of course won’t necessarily be the same number as the number of letters in a given word). I had my students in two teams, and the teams took it in turns to make the sound they wanted to guess. Within the teams, students took it in turns to be the one who made the sound but they collaborated first in deciding which sound they wanted. Once learners are familiar with the game, you could round it off in a later class by doing an utterance and then once it is on the board, in symbols, perhaps write the words underneath and then in a different colour pick out what happens in connected speech vs. in individually pronounced words.

Backs to the board

The teacher draws a target on the board (or you could pre-prepare and project onto the whiteboard to save time) and puts sounds in all the gaps. Students are in two teams, and take it in turns to throw the ball at the board (1-4 times per go, depending how challenging you want to make it) and should then try to use the 1-4 sounds hit in a single word. You could add even more limitations, e.g. it can only be words that you have studied this week or something, to bring in an added vocabulary element. (In my case, the teacher did prepare a target but she left out a couple of sounds – no problem, the students identified the missing ones and the teacher drew those on in board marker. 🙂 ) (Can you see which sounds are missing?)

In this activity, traditionally learners, in pairs or small groups, have a mini whiteboard between them and the teacher says a sentence with a word gapped out – the ‘banana’ word – which the learners race to write on their mini-whiteboard. To bring in sounds as well as vocabulary, why not ask them to write the word in phonemic script? To do this, in their groups, they will be sounding out the word and looking at the chart for help, so it reviews sound-symbol relationships.

… This is clearly not an exhaustive list! Can you think of any more to add?